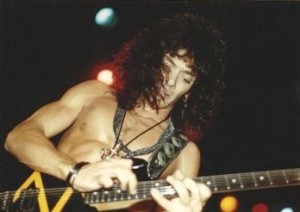 Steve: I’ve been touring with the new Autograph all over the US and we are going to England in October. We plan to tour extensively internationally as well as record new material.

Steve: My inspirations were Jimi Hendrix, Jeff Beck and Jimmy Page…I really didn’t listen to anyone else after I attended the Guitar Institute of Technology aside from Alan Holdsworth. I tried to stay away from listening to other guitarist so I could concentrate on my own style. I also have to mention that Pink Floyd was an inspiration to me musically and I loved David Gilmore’s melodic phrasing.

Steve: I started playing bass back in 1967 because there was a guitar player down the street from where I lived that wanted to start a band. I really wanted to play guitar though because I just loved the way it sounded and the way you could express your emotions on it. What made me switch over was the day Jimi Hendrix died…September 18th, 1970.

Steve: I started doing it in 1973 when I saw Harvey Mandel playing with that technique and a local guitarist from Seattle named Steve Buffington. But what really had a heavy influence was when Emmit Chapman (the inventor of the Stick) did a clinic at GIT in the early months I was attending there. He mentioned while he was doing the clinic that he had started this technique on guitar but it evolved to a point where he had to invent an instrument that would accompany him more accurately for what he was trying to achieve musically. I talked to him after the clinic and he gave me some ides as to what he was doing on guitar before he invented the stick….this absolutely blew me away!!! Everything I learned from GIT from that point on I wrote down in double handed style.

Steve: Autograph was an accident…we were just guys who jammed together on the weekends when Andy Johns (rest his soul) came down and listened to us at Victory Studios in North Hollywood. He was really impressed by what he heard and asked if we wanted to record a demo at Gower Studios in Hollywood…of course we said YES!! That demo was played for David Lee Roth by Keni, our drummer…in which David loved it! he asked us to open up their 1984 tour and we gladly accepted. Next thing was RCA Records and several others wanting to sign us because of our songwriting expertise. We eventually accepted the deal offered by RCA.

Steve: The song Turn Up The Radio was a last minute effort we wrote to add onto the album….RCA declined it at first but then realized it’s potential. Like Father Like Son was something Motley Crue was supposed to do but because of their schedule were unable to….so we filled the slot.

Steve: That was because I was told literally minutes before we performed that I was not allowed to do my two handed technique because it was “Eddie’s thing”….although I had been doing it years before I had ever heard of Van Halen. I was very disappointed because I had to re-think all of my solos on the spot. Aside from that, they limited our use of the PA and lighting to make us appear much of a lesser performance than themselves….I will always remember that.

Steve: Network 23 was an endeavor I explored from songs I had written that were not suitable for the Autograph style. I decided to do this album from where my heart was at the time….just playing and recording material that felt natural to me. Missing Pieces was a conglomeration of demos we were doing for Epic Records when our deal with RCA had ended. This was an album of just demos that showed which direction the band was going at that time.

Steve: Randy Rand and myself met at the NAMM show in Anaheim California in 2011…and we realized that we really missed playing together. At that time we started to discuss a reunion but were not sure if it was possible. Steve Plunkett…the original singer was not interested because of his schedule. We started to look at other singers and we found Simon Daniels….he was a perfect fit and was into joining the project….lucky for us!!  🙂

Steve: Ozzy was absolutely brilliant!! Vince Neil and him were very gracious to come down and do the filming for this…we are forever thankful for their generosity. Sharon, Ozzy’s wife, brought their kids down (who were very young at the time) for the filming and we had a great time hanging out with all of them…it’s an experience I will never forget.

Steve: Yes….we want to play in India more then you can imagine….great people equals great times!!!

Steve: Play from the heart! Don’t listen to what is currently popular because it is already over by the time you get your first recording out. Feel the music inside you…it doesn’t lie.

Steve: The future is a melodic interlude that will make everyone excited about for what’s happen….

Sat Aug 16 , 2014
Greetings from India and welcome to Indian Music Mug Colin. Colin Edwin: I am very happy you got in touch, my two visits to India so far have been expceptionally memorable!   What’s keeping you busy lately? Colin:  Just recently, I have doing some live shows in the UK with […] 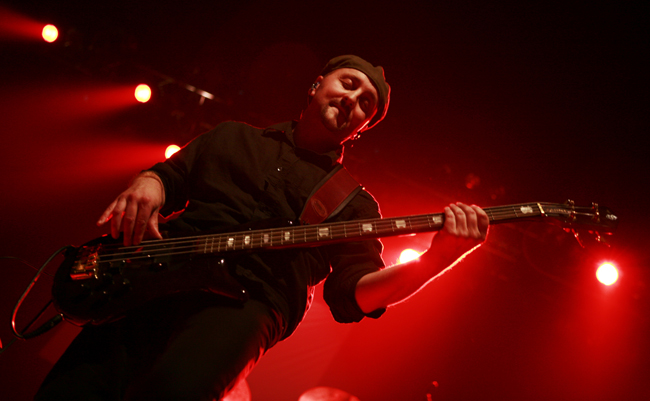 Indian Music Mug is a website that critiques, reviews, publishes and shares information and journals on Indian/ International bands, albums, events and festivals. The website has been in function for almost 10 years now.

for any queries mail us at

There are no upcoming events at this time.